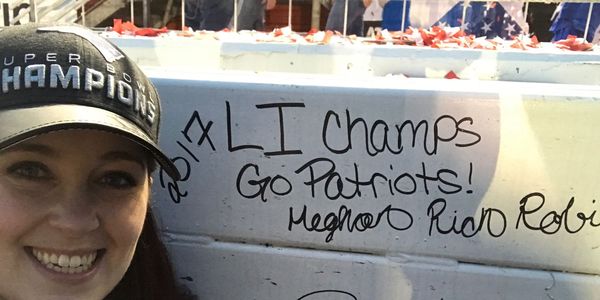 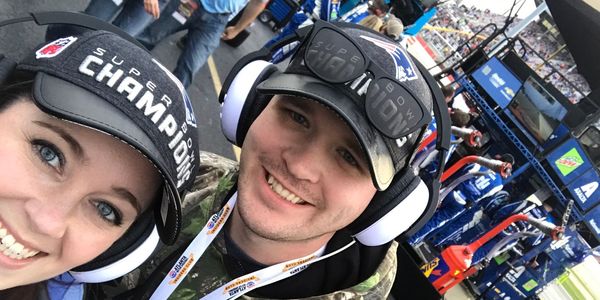 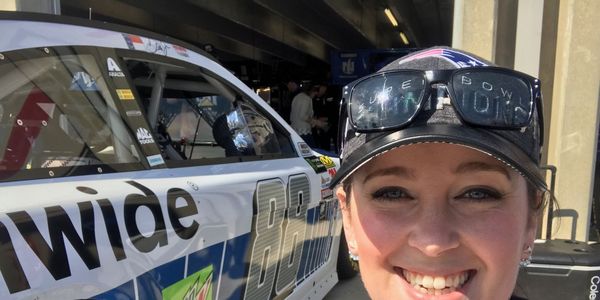 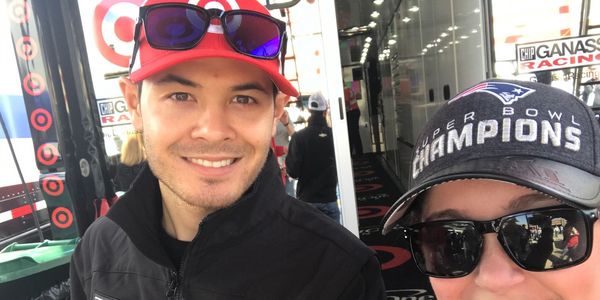 Meghan Tuck walked into the lobby of the Atlanta Motor Speedway main office building and who was waiting for them? None other than Tom Brady; well, sort of.

A diehard Patriots fan, Tuck supported New England in its monumental comeback against the Atlanta Falcons in the "Big Game" last month. Her allegiance paid off, as she won four tickets to Sunday's Folds of Honor QuikTrip 500 Monster Energy NASCAR Cup Series race at Atlanta Motor Speedway. But it wasn't the Patriots quarterback waiting for her in the Atlanta Motor Speedway lobby, but rather the track's president, Ed Clark, wearing a Tom Brady jersey.

"He joked with us that we had to meet him inside because if he were to walk 10 feet outside the door in that jersey then he would be in trouble with the fans," said Tuck, who met Clark with her husband, Rich, and her mother, Robin. "We spoke a little about the game and how much of a fantastic game it was. We joked about how I couldn't watch the end of the game because I was praying so hard for a win."

Her prayers were answered on the football field and at the racetrack. Tuck, who knew she was getting four tickets to the race, was surprised when Clark invited them up to his office to pick up some special infield passes for the race. They also met with assistant general manager, Brad Hutchinson, a huge Falcons fan.

"We chatted about how the Patriots flag was still flying at the track," said Tuck, noting another part of the stipulation of the bet between Clark and David McGrath, executive VP and GM of NHMS. "Brad also told us he would send us that flag so we could hang it at our house as a nice souvenir."

Tuck and her family were given and tour of the infield, where they were able to see the cars up close and even meet a few of the drivers before the race.

"This was probably my favorite part," Tuck said. "This is really where all of the action was happening. The cars spend a lot of time on the track, but they have the most action in the garages and the pits. This is really where we spent most of our day."

While they eventually made it to their seats, "which were awesome," she said, they wanted to watch the end of the race from the infield near the pits. They also had a chance to stand in victory lane as Brad Keselowski celebrated his win.

"We even got to speak with Mr. Clark again in victory lane and thank him again for the amazing experience," Tuck said. "I don't know how I will be able to go back to watching races from the stands now after this experience. The most amazing part was getting to have unlimited access to the infield and getting to see what happens behind the scenes."

And as for being Patriots fans in Atlanta?

"We were surprised that we saw a good amount of Pats fans at the race," she said. "Even Joey Logano said he liked our Patriots hats. Most of the heckling we heard came from the pit crews or drivers, which was funny.

"Our day was full of unforgettable moments and experiences. We are so grateful and have memories to last us a lifetime."

The speedway hosts on-track racing including the second annual American Flat Track event, the Laconia Short Track, at The Flat Track (June 13), the ASRA Team Challenge (June 19), the 97th annual Loudon Classic (June 20), which is the longest-running motorcycle race in the United States, plus numerous camping options, demo rides (June 15-20), a vendor mall and a plethora of entertainment, making the speedway the home base for riders visiting Laconia Motorcycle Week.