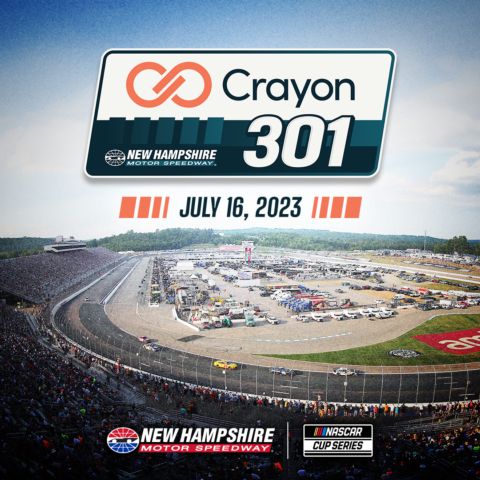 Shakespeare may have penned “A Midsummer Night’s Dream,” but race fans will find it hard to sleep when NASCAR roars back to New England July 15-16, 2023. The 2023 NASCAR schedule has been released, and New Hampshire Motor Speedway (NHMS) will again play host to the NASCAR Cup Series (NCS) Crayon 301 and the NASCAR Xfinity Series (NXS).

“Christopher Bell and Justin Allgaier made sure this year’s NASCAR weekend at ‘The Magic Mile’ was one for the history books,” said New Hampshire Motor Speedway Executive Vice President and General Manager David McGrath. “Our on-track schedule was jam-packed, the Fan Zone was energized and the grandstands were full of passionate race fans. We can’t wait to do it even bigger and better next summer.”

Earlier this year, NCS driver Christopher Bell overcame not only his anxiety over Loudon the Lobster, but also some stiff competition on the track to power his Toyota Camry TRD to the first oval win of his young career. In the NXS race, Justin Allgaier survived a wild afternoon of NXS action to claim his first-ever win at NHMS.

The 2023 NASCAR weekend will be the only visit by America’s most popular form of motorsport to the six-state New England region.

Details regarding additional races and broadcast information for NASCAR’s 2023 event at NHMS will be released at a later date.

Tickets:
Fans can renew their tickets for the 2023 NASCAR weekend at NHMS.com through Oct. 7, 2022. Adult tickets start at just $49 for Sunday and $35 for Saturday. Tickets for kids 12 and under are just $10 for Sunday and free on Saturday. Further details can be found on the NHMS website or by calling 833-4LOUDON. The full weekend schedule will be released at a later date.