Narbonne, Greenwood Take on Riders from All Over the East Coast for 98th Annual Loudon Classic 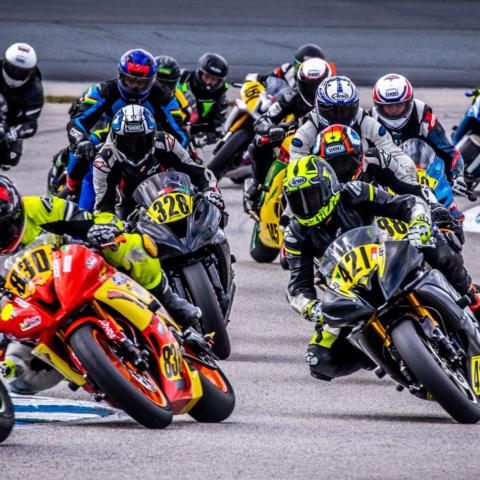 The 98th Annual Loudon Classic weekend by Mayhew Tools will feature three days of racing with the Northeast Motorcycle Road Racing (NEMRR) series from June 18-20. NEMRR is the premier motorcycle racing organization in the Northeast and is sanctioned by Championship Cup Series (CCS), the largest club racing organization in the United States with over 3,000 licensed racers who compete in six regional championships. The 2021 Loudon Classic event pays championship points in three CCS regions, and as such, riders will be attending from all up and down the east coast to compete in 30 separate race classes over three days. The competition should be fierce!

Racing will start at 10:20 a.m. each day and run until about 5 p.m. The feature races of the weekend will be held on Saturday, June 19 from 1:30-3:30 p.m. and are presented by Specialty Saw. Over $8,500 in purse money is up for grabs in these feature events. First up will be the Seacoast Sport Cycle Lightweight Grand Prix, featuring smaller displacement motorcycles who utilize high corner speed and late braking to generate fast lap times. Next will be the Street and Competition Unlimited Grand Prix class, which showcases the fastest motorcycles in the NEMRR paddock, reaching speeds in excess of 150 mph down the 1,200-foot front straight of New Hampshire Motor Speedway (NHMS).

The highlight of the weekend is the Loudon Classic by Mayhew Tools, which is presented in 2021 by Motorace and NHMS. Expect a field of 30 or more middleweight machines to battle wheel-to-wheel for 20 laps in a contest of speed, skill and tire management. Expect a host of hungry entrants from all over the east coast to join an epic battle between past winners Scott Greenwood and Shane Narbonne on their 600xx machines. Other riders to watch over the course of the racing action this weekend will be current MotoAmerica superstars Ben Gloddy and Teagg Hobbs, homegrown Granite State NEMRR riders who have both been winners at the highest level of road racing in the U.S. this season.

Spectators are welcome to observe free of charge from either the Concord Grandstands or the turn six viewing area. Pit passes that provide full access to the paddock, winner’s circle and all inside viewing areas are available at the gate for $15/day or $25/weekend.