Elliott Hopes to Add a Giant Lobster to His Trophy Collection 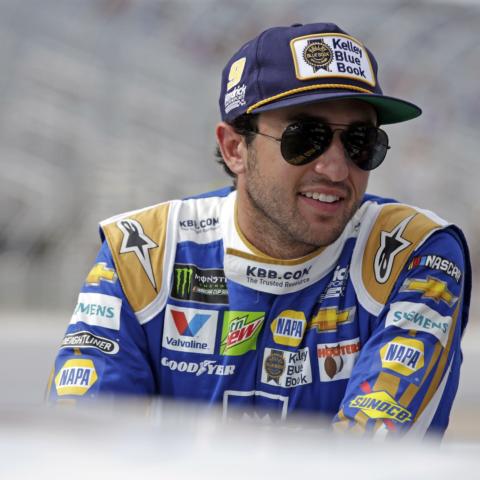 With a NASCAR Cup Series (NCS) championship in 2020, a NASCAR Xfinity Series (NXS) championship in 2014, a dozen NCS wins and three consecutive NMPA Most Popular Driver awards, Chase Elliott has enjoyed an amazing amount of success over a relatively short time in NASCAR. One item still notably missing from his impressive list of achievements? A NCS win – or win of any kind – at New Hampshire Motor Speedway (NHMS).

Elliott and his No. 9 Hendrick Motorsports team hope to change that when NASCAR’s premier division returns to “The Magic Mile” for the Foxwoods Resort Casino 301 on Sunday.

“New Hampshire has been a really hit-or-miss place for us,” said Elliott, who has just two top-10 finishes, including only one top-five, in seven Cup starts at NHMS. “It’s just a different track. It takes a differing driving style, I feel like, than some of the other places. I look at Loudon as being more of its own animal.”

Elliott recorded his best finish at NHMS – fifth – in July 2018. His other top-10 finish at the 1.058-mile oval was a ninth-place result in 2020, when the NCS last competed at “The Magic Mile.” So, if nothing else, the reigning Cup Series champ can hang his hat on the fact that he’s finished in the top 10 in two of his last three starts at NHMS and seems to be steadily improving and gaining confidence at this always-challenging track.

“We’ve had a couple solid runs here, but never a dominating performance,” Elliott said. “I don’t feel like personally it has been my best place.”

While Elliott’s record at NHMS supports his honest assessment, the second-generation driver and son of 1988 Cup champion Bill Elliott will almost certainly arrive here this year knowing it’s likely the best chance he’s ever had to break into victory lane and leave with his first giant lobster. This is because, in addition to Elliott enjoying a strong season in his No. 9 Chevrolet, Hendrick Motorsports as a whole has been hands-down the team to beat in 2021.

As of just past the season’s midway point, the organization owned and founded by NASCAR Hall of Famer Rick Hendrick had prevailed in nine of 19 points races, with all four Hendrick drivers winning at least once. This could spell trouble for the competition at NHMS, despite the fact that a Hendrick driver hasn’t won at Loudon since 2012.

“Each individual Hendrick team is putting in a lot of effort to go and be the best we can, and that’s really what it comes down to,” Elliott said. “I don’t think any of the drivers are trying any harder than we have in the past. I think it’s just a really nice effort from the top to the bottom of trying to take four fast race cars to the track every weekend.”

“I do feel like everybody is – I don’t want to say sharing information, because we’ve always done that – but just working together a little more from all aspects. I feel like, right now, it’s super fluid and everybody’s open about anything and everything, and I feel like it’s showing on the track.

Will it show in the Foxwoods Resort Casino 301 at NHMS? Stay tuned.

Race weekend action gets underway on Doubleheader Saturday, July 17 with practice and qualifying sessions scheduled for the NASCAR Whelen Modified Tour (NWMT). The green flag drops for the Whelen 100 NWMT race at 12:45 p.m. followed by the Ambetter Get Vaccinated 200 NXS race at 3 p.m. The NCS Foxwoods Resort Casino 301 will run at 3 p.m. Sunday, July 18, marking the 50th NCS race at “The Magic Mile.”